My Father died very suddenly of liver failure six years ago. He was in hospital for three weeks. For three weeks I sat at his bedside. Now our relationship had been a turbulent one. He had been an alcoholic all of my life, not a useless drunk, but one who was at the top of his game. Unfortunately it was a game he found far too stressful to cope with.
While he was in hospital for two and a half weeks he said nothing to me. To my step mother he would say hello and acknowledge and make effort to communicate. Then one afternoon I sat there alone, he turned and looked directly at me and said ‘you are too altruistic Emmy.’ He said in such a damming manner, as though it was something to be so ashamed of. Some part of me that I must hide in darkness. I felt like I was cursed at that point. He died about a week after that.

I have spent the past few years questioning the meaning of altruism. Both for my only personal sanity but also as a part of the human condition. There are many anthropological and religious viewpoints surrounding altruism. Questions of wether true altruism actually even exists or not. But while I have read and looked into these, I want to give my own meaning to these acts of selflessness that I believe we all knowingly and unknowingly, commit.

In the work altruism, the acts of selflessness which form the the altruistic state are depicted as painted black circles, clear, visible and strong in their depiction. Each time an act is committed, it scars the individual, this mark then appearing as a faint bruise like scar, darkening over time (drawn in graphite upon the body). The dark thought around this giving unconditionally to cause some sort of permanent scar or damage, is lightened by the surroundings. Sunlight, warmth, the pleasure that these surroundings create within the mind. Altruism itself is not a curse, it leaves marks yes, but that does not outweigh the benefits of being altruistic. 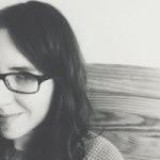